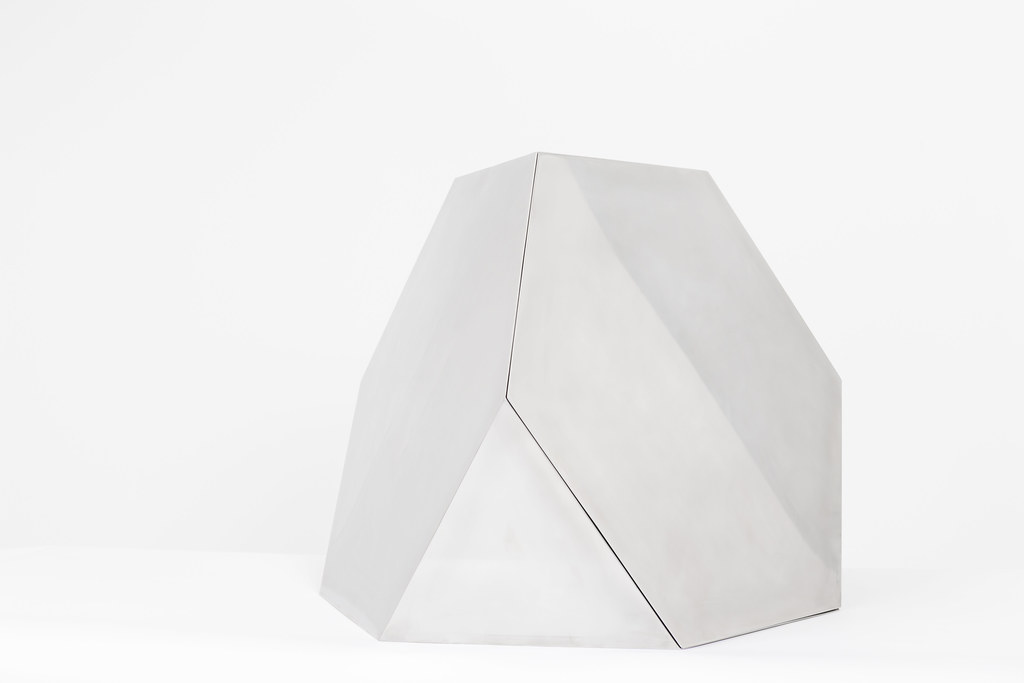 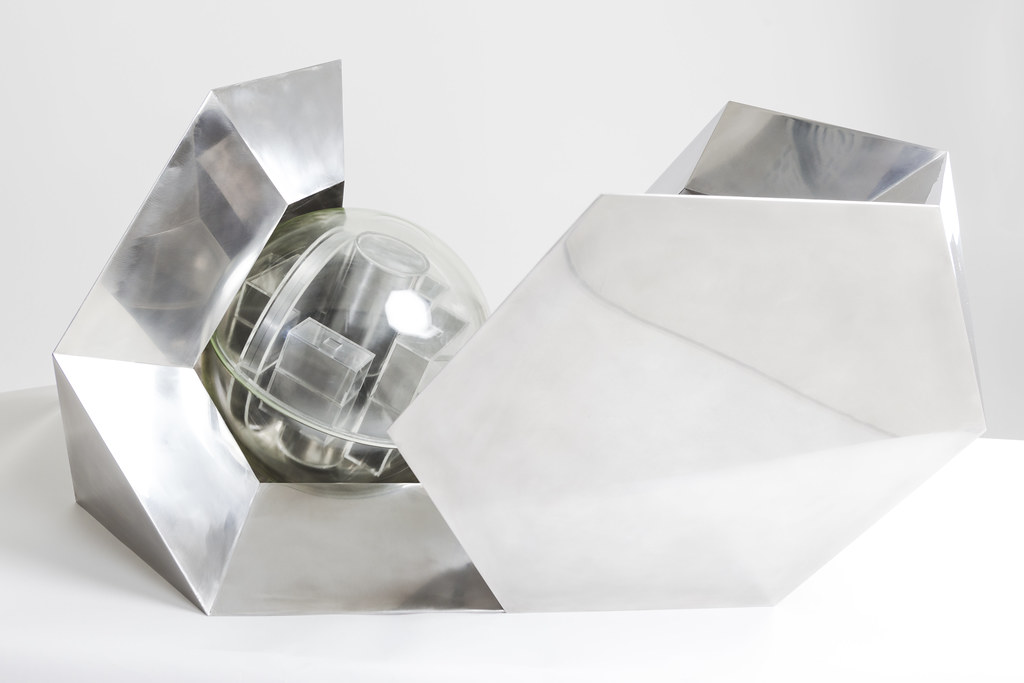 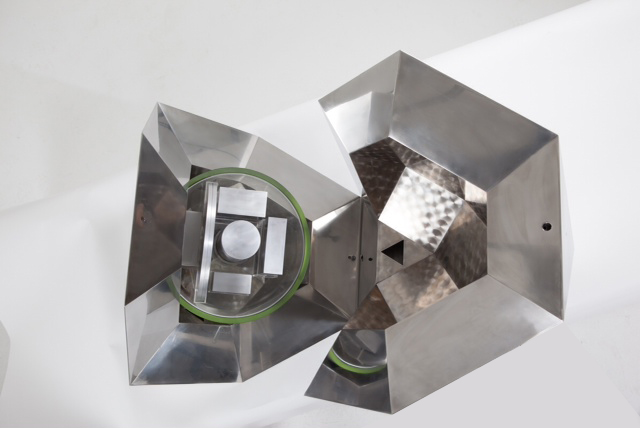 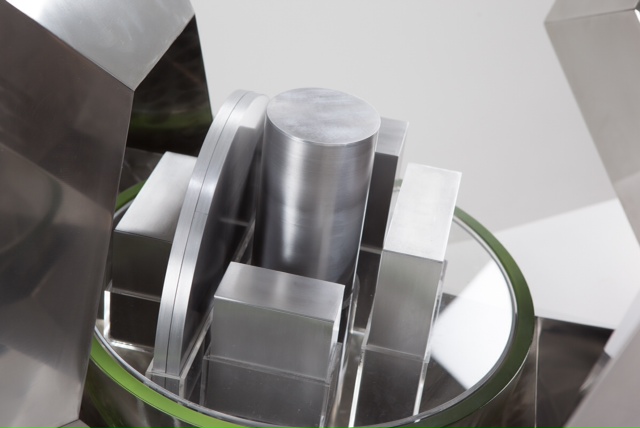 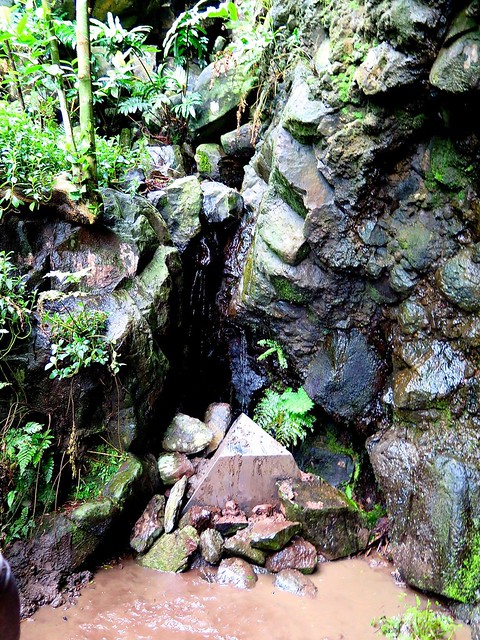 The Treasure Chest is a commission by Thyssen-Bornemisza Art Contemporary for the exhibition “Treasure of Lima: A Buried Exhibition”, curated by Nadim Samman. The Treasure Chest is designed from an imagined moment of finding a treasure. Its physical reveal from dirt or water into air, the frantic digging or clearing of debris, and finally its release from hiding, are all imagined to be highly moving and memorable seconds. This moment of capture, maybe the most exciting time of the treasure hunt, inspired the design of the vessel in its form and materiality.

Consider the extreme role of this particular Treasure Chest in protecting its loot. The chest must keep its contents dry, intact and vacuum-sealed 6km underwater, the bottom of most oceans, and also survive the plunge to that depth. As a worst case scenario we feared failure in resisting a severe impact from a tumble, or a crushing weight from a large boulder or a ship. It also must outlive all of us, capable of holding its treasure in a stable environment for millennia. This chest has to be the most perfect embodiment of protection and security.

But the question keeps coming to mind: How in this moment of finding can something universal be transmitted to the treasure hunter, pirate, or lucky soul who strikes first? We want the discovery to be both singular and systemic at once. It is about finding something pure, without compromise. The word perfection seems appropriate, if not for its hubris then at least for its cinematic projection of a perfect shiny grain uncovered in the vastness of nature, like a diamond in the rough. It has an essentialist quality to it, as a single universal shape from an indeterminate era. But it is also part of something larger and expansive.

The chest is a nesting of three shapes: a sphere at the center, within an inner rhombicuboctahedron, within an outer truncated tetrahedron. This movement from a perfect sphere to highly symmetrical shapes, sometimes referred to as Archimedean Solids, describes what is referred to in mathematics as expansion, or the possibility of unfolding multiple orders within itself. Historically the sphere, and by association the world, was thought to contain them all, the final result or point of departure. On the very inside of the Treasure Chest is the glass sphere, creating a vacuum seal to hold the individual works of art. It is made of thick glass and is impervious to decay, impact-resistant and water-proof. Nested around this bubble of glass is the stainless steel rhombicuboctahedron; the inner layer of protection firmly holds the glass sphere in place. The shape is constructed using an octohedron and cube together, hence its name. The outer layer of protection is a direct branching of these vertices into a simpler and larger shape, a truncated tetrahedron. The truncated tetrahedron is a classic building block of many solid state lattice structures in nature, among them, the crystal diamond. As a simplification of a sphere, it is about as far as you can go.

Finally, this last shape is a fragment of something larger. The truncation itself, the chopped off corners that assist in stability, are located in such a way that an exact smaller copy of the truncated tetrahedron can fit within the remaining space. This is the exact way to build a fractal, and in this sense the design of the Treasure Chest is about the possibility of growth and the first step towards endlessness. It is the smallest component of something potentially vast. When we were asked to design this Treasure Chest, we were struck by the assemblage of renown artists and the multiple universes they create, all distinct voices together inside this little spherical vacuum. Upon its finding and the release of the vacuum, the finder expands the influence of these works and their possible universes into the air again. Acting in the same way as the Chest itself, the artwork inside may be singular but the real treasure is how it presents yet again a key to other worlds waiting to be discovered.