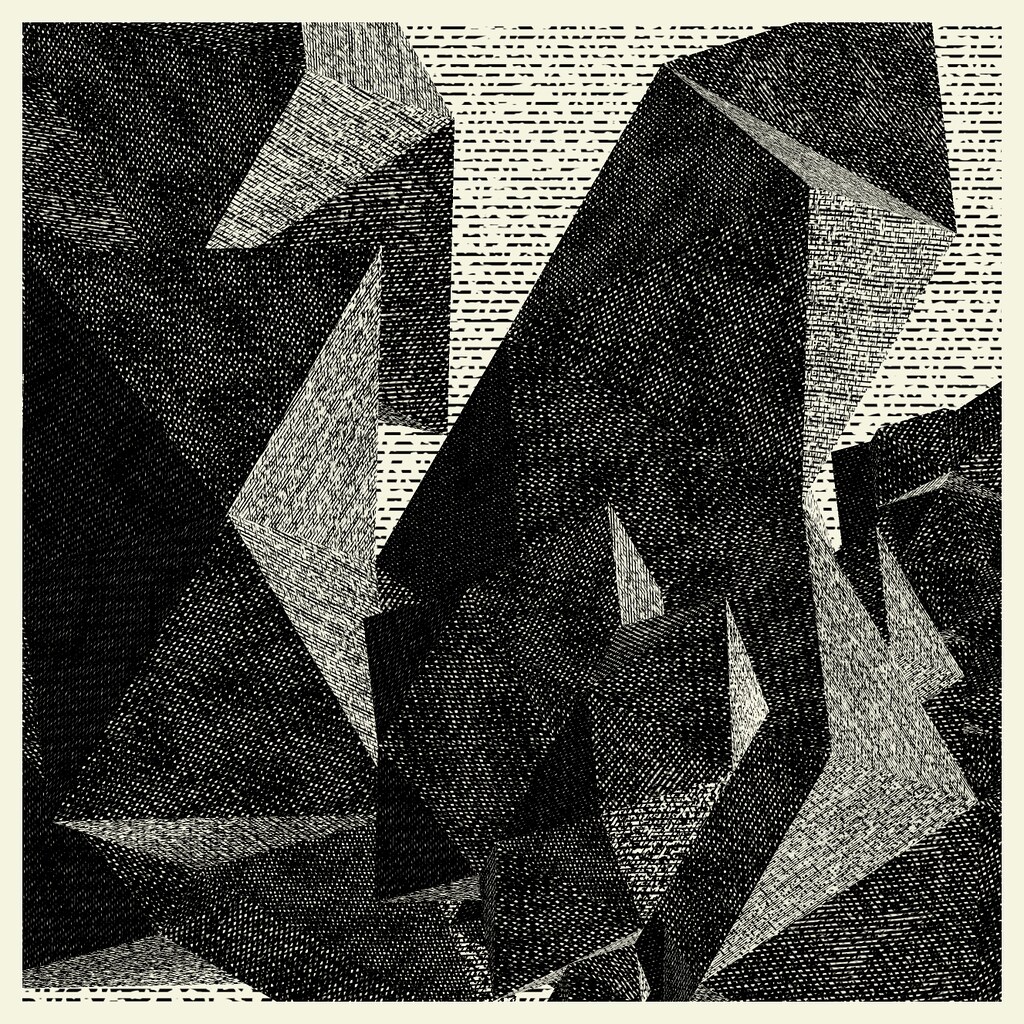 Primitives is a project about growth through a novel geometric block. This block is a simple shape that can repeat and scale in specific ways that are never random, but tightly controlled through geometric logics. While its appearance as an engraving seems two dimensional, by rotating the Primitives its three-dimensional form is revealed. Download the object file and explore outputting it as a 3D print or any other fabrication method.

Two sources from the worlds of art and science inspired the project’s outcome: Albrecht Dürer’s Engravings and the phenomena of Quasicrystals. Together, they create an anachronistic project about drawing infinity through a radical modularity.

Albrecht Dürer and his masterpiece Melencholia I (1514) inspired us to dive deep into the process of engraving reinterpreted through the medium of code. Eight Durer hatches were developed for #Primitives. Durer not only perfected a new medium but invented an early imaging technology. By scratching metal away from a plate, an inversion of conventional drawing, engraving allowed a work of art to be reproduced and disseminated widely. For the blockchain, a new kind of dissemination, we developed a Durer 3-bit shader (2^3 = 8 values); the anachronism of the engravers trade translated into pure 1’s and 0’s. Primitives is based on the science of quasicrystals. Unlike a regular crystal, whose molecular pattern is periodic (or repetitive in all directions), the distinctive quality of a quasicrystal is that its structural pattern never repeats the same way twice. It is ordered but aperiodic. Endless and uneven, quasicrystals can be described by the precise arrangement of a single modular part. As these small units aggregate together they form larger figures that themselves combine into ever larger movements, always a little bit different from any other. In this sense, quasicrystalline patterns have an infinite capacity to create and carry information. For more information about quasicrystals read our article, Ragged Edges. The feature set probes the unique properties of the Primitives crystalline growth, their fractal depth and lattices. We also looked closely at the process of engraving to inform the variability in representation, from different inked backgrounds to paper colors. There are even incomplete and fragmented drawings which were inspired from Durer’s sketches. Overall the feature set is rigorously designed to balance variety and uniqueness with conceptual aims. For more information, go to our Sketchbook Primitives